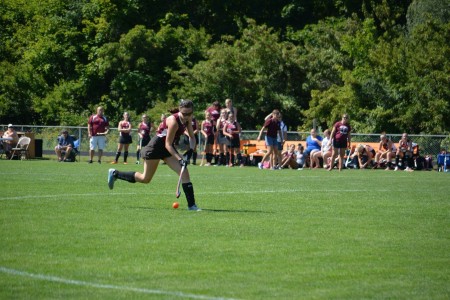 This week there were six Rowell’s garage female athlete of the week nominations. A total of five nominations came from field hockey. Sophomore AddiWilliams powered the MCI Huskies to the class C north regional final. Williams scored five goals in leading the Huskies to wins over Boothbay and Mt. View. Williams is the seventh student/athlete from Maaine Central Institute to earn athlete of the week honors.

MCI will take on Dexter in the class C regional final on Tuesday. The Tigers had three players nominated for their play in two playoff games. Grace Belanger scored the only goal in a Tigers quarterfinal win over Orono. Katie Batron and Kolby Kain teamed up to help Dexter get off to a fast start in a 3-0 semifinal victory over PCHS.

Jordynne Littlefield scored the only goal in a PCHS Pirates 1-0 quarterfinal victory over Winthrop. The only soccer nomination came from Jordan Durant of Penquis high school. Durant stopped 24 shots from the PVHS Howlers in a 3-2 Patriots victory in the regular season finale. Penquis enters the tournament as the fourth seed in class C north after not winning any games during e 2013 or 2014 seasons.

Jordynne Littlefield- PCHS- field hockey- scored with just over five minutes left in the second overtime to lift the Pirates to a 1-0 win over Winthrop in a class C quarterfinal game.

Katie Batron- Dexter- field hockey- had one goal and one assist in 3-0 class C north semifinal win over PCHS.

Kolby Kain- Dexter – field hockey- had one goal and one assist in 3-0 class C north semifinal win over PCHS.